Could one of these dozen startups be the next Oculus? 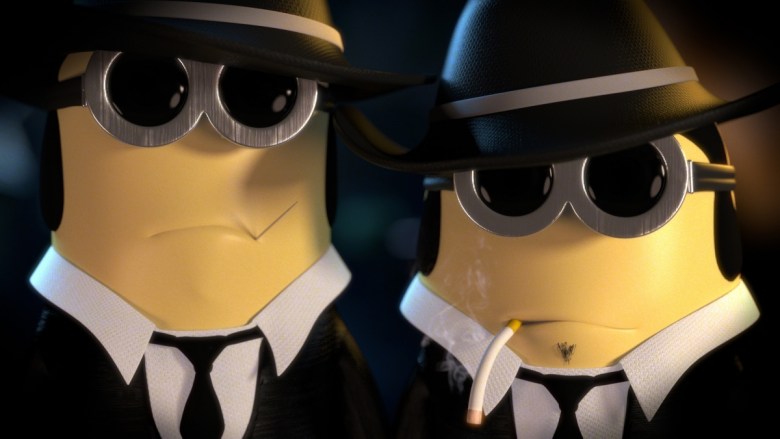 A dozen rising stars in the tech world will soon take to the stage to compete for $100,000 and a shot at glory.

It worked for Oculus. Only a year after appearing at the Emerging Companies Summit, Facebook acquired the virtual reality headset maker for $2 billion.

Each year, we talk with more innovative startups around the world that use the power of GPUs to disrupt industries and grow their business.

That’s why we created the Emerging Companies Summit. It’s a showcase for their brilliant work. And it introduces them to an audience of investors and technology execs who can open new opportunities.

The number of applicants vying for the summit’s top prize tripled this year to more than 150 companies from 30 countries. We selected the best 12, which will compete onstage in the summit’s Early Stage Challenge on March 18 in Silicon Valley.

Each CEO will have four minutes to present, plus four minutes to take questions from a panel that includes: Savitha Srinivasan, partner at IBM Venture Capital; tech pundit Rob Enderle; Saeed Amidi, founder and CEO of Plug and Play Tech Center; and Jeff Herbst, vice president of Business Development at NVIDIA.

Moderating it all will be NBC Bay Area tech reporter Scott Budman.

When they finish, the panel and audience will vote for the winner, who gets $100,000 on the spot.

Those interested in attending the event will find details here, along with a link to register. Company descriptions and presentation times are here.

The 12 competitors in next month’s Early Stage Challenge are:

Today’s video games and movies require big art teams to render and create artwork. Artomatix develops tools that can automate digital media creation, allowing a single human artist to do the work of a team.

Ersatz Labs makes a GPU-based platform for machine learning and “deep learning.” Deep learning is a type of machine learning algorithm based on the branching neuronal structure of the brain. Ersatz makes this technology practical and accessible through a web-based user interface and API.

FluiDyna designs and develops integrated solutions with computational fluid dynamics software for a range of customers, including vehicle manufacturers and suppliers, process and chemical engineering industries, and pharmaceutical companies.FluidDyna

This award-winning startup pioneered in-store retail analytics. It has large customers in Brazil, where it is developing a single, uniform platform.

Turn the phone in your pocket into a 3D scanner. Replica Labs uses computer vision algorithms to quickly turn video feeds from any smartphone into accurate 3D reconstructions.

SYSTAP builds highly scalable software solutions for big graphs. Its technology can process large graphs hundreds or even thousands of times faster than competing solutions, bringing the power of high performance computing to an organization’s most time-critical graph challenges.

The Emerging Companies Summit, held Wednesday, March 18, is part of the annual GPU Technology Conference, taking place at the San Jose Convention Center in Silicon Valley from March 17 – 20. The summit provides companies with an opportunity to present their technologies to potential investors, partners, customers, analysts, and media.

Consumer’s motion analysis in stores is one of Geeksys' big bets. It allows retailers, consultants and the well established retailing consultancies to have access to a new tool which offers visual and precise insights, without the need to install any additional equipment and in a matter of minutes.

In this article, we present a new feature for revealing the heatmaps’ visual insights with greater detail level and contextualization. In order to do so, we present an analogy.

If you have had an eye exam done or witnessed one, you probably remember the attempt of reading letters of different sizes, printed or projected on a wall, out loud. Also recall that during the exam, the eye doctor performs a number of adjustments to the lenses of the equipment, until the patient's seeing disability is minimized or completely corrected.

The Spots of interest, an exclusive Heatmaper feature, enables you to look at store areas much more clearly, just like someone who wears glasses to correct a visual impairment.

Without further ado, let’s take a closer a look at an example:

*emphasis to waiting customers, through Spot of Interest / Interest Spot

The Heatmap 1, intense motion is noticeable inside the counter and moderate in the cashier line. But wouldn’t it be possible to qualify and understand consumer’s behaviour in the line better? On the Heatmap 2, there’s a selected spot of interest in the area where customers typically wait in line to pay for their purchase. In this region it’s possible to notice greater detailing on the heatmap and also extract insights such as, if you observe the red areas, the customers are waiting next to the operating cashier.

Though this is a simple example, it illustrates how it is possible to observe consumer behavior in multiple levels of detail.

But in practice, which additional insights can be extracted from interest regions? Check out some gestions / bullet points (?) on the table below:

In short, how are the Spots of interest different?

Find below some examples that illustrate this amazing tool!

How about trying Heatmaper right away?

ProXXima Startup has revealed the five finalists eligible to their R$20,000 prize. The awarded company will be announced this Tuesday, May 6th, on the ProXXima event, where each will have the chance to present its ideas on stage. One more company, to be selected by the event’s sponsor Mapfre this coming Saturday, May 3rd, will be presenting as well.

Check out the finalists, ranked alphabetically:

First Brazilian wearable: caps with RFID chips that collect information according to user behavior and distributes prizes and benefits from partners.

Platform that facilitates presentation, review and approval of pieces between agencies and clients.

Qranio values your knowledge. Those who answer questions accumulate poins to exchange for amazing prizes.

Heatmaper is a cloud service which analyses recorded videos to reveal valuable insights which help marketing and trade marketing to optimize store layout, product placement and holding promotional campaigns in the “hotter” zones.

Customer flow analysis in stores is GeekSys’ big bet. It allows retailers, consultants and well established retail consultancies to obtain accurate visual insights, without any additional equipment installment and in a matter of minutes.

The offcial announcement and further information about the event can be found in: link and link

Good luck to all finalists!

Fully compatible with any mobile, including Android® and iOS® devices.

"Zoom in" and "Zoom out" on user defined scene regions to reveal details and improve the customer behaviour understanding.

Sync the uploaded video time to the real datetime for correlations between scene and in-store events.

Easily understand how intense is the in-store customer's activity over time.

Do you want to suggest any other feature?

We're open to listen to you, just drop us an e-mail.

[Off-topic] An advise from a great entrepreneur: Elon Musk

Make it better, not cheaper

You can do anything, but you can't do everything

We never fail, we just find ways that don't work

Let our insights change your mindset

Make people want to work for the company